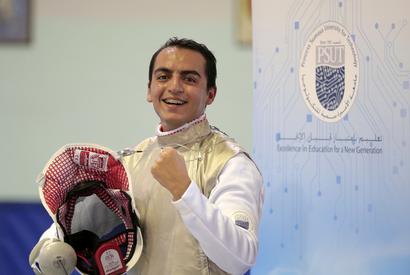 Zaid Al-Nasser hails from Amman, Jordan where he has been fencing since 2008. Zaid coached at various school programs within Jordan and is an accomplished fencer, coach, referee, and armorer. Zaid is currently a computer science major at the University of Cincinnati. In February 2020, Zaid was diagnosed with Ewing's Sarcoma and underwent treatment and recovery at Cincinnati Children's Hospital. Not wanting to give up fencing, he sought out QCFC and has been a vital part of the club's growth since. 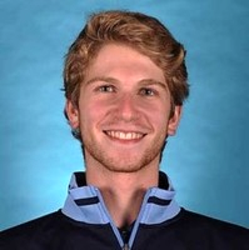 "Fencing is unique in its ability to combine peak fitness, mental agility, and individual responsibility. Fencing has provided me with a mindset and values that have made me successful on and off the strip. In a fast-paced individual sport, success and failure are a hair's breadth apart. The only difference is how hard you are willing to work." -Coach Alex Burte

Alex first experienced fencing in 2002, becoming his primary sport in 2006. The first athlete to earn a varsity letter for fencing from Walnut Hills High School, Alex was recruited to the Division 1 fencing team at the University of North Carolina - Chapel Hill, where he started and lettered all four years. Currently, Alex is apprenticed with U.S. Olympic Coach Amgad Khazbak, to further hone and develop his skill. Alex wants nothing more than to make Cincinnati a fencing city and develop a world class program here in the Queen City!